You're Doing It Wrong. Something About The Biggest Journey Being The One Inside.

Ha ha ha! This made my day. Sometimes it is neat to see how little things which seem completely inane, are really just the thing you need to flip a switch. While the above picture was not one of those things... the one below was. 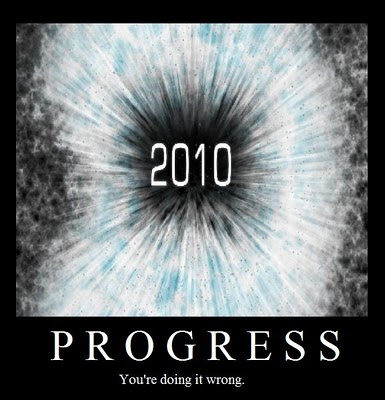 But really... how does one measure the distance one has traveled in life? Seriously? In miles moved? In marriages accumulated? In children born? In jobs secured? In jobs lost? In battles won? How?

Yeah. I have not that answer either. And do you know what? That is not a bad thing. Who says that the mark of success is measurable at all? And who set the metrics by which it should be measured?

The most successful people I know question their own progress daily.

Besides, what did my 21 year old mind know anyhow? Nothing.... well everything if you were to have asked her!


For a while this year I have felt as if I had stopped making progress in my life back in 2000, because here I am 10 years later in a very similar place... right down to doing the exact same job albeit at a different company.

The big difference, which I did not realize until that switch went off in my little head, is that I am not in the same place. While it is familiar and the surroundings seem the same, I am the thing that has changed.

And that is actually an awesome thing. To look at my life through 21 year old eyes I had assumed that the world would change around me and I would just be me in new places.

Centristic? No.. not at all. I was 21 afterall, of course the world was going to revolve around me!

At 21 I had no idea what lay ahead of me. At 31 I have even less of an idea what is ahead. This time around, I am not assuming anything. Evolution takes time and I have got all the time which the good Lord is granting me.

I signed up for Half Ironman #2 for 2010 today to kick myself out of the funk I was in. I even reserved my room at the Breakers. I am getting ready to kick some ass. Sorry mom.


The gloves are off. There is no more fear here. Life is good and in focus, and I am moving forward inside at a rate I never thought possible.

Another fine rambling by Jenniferlyn at 9:57 PM

When The popular comment layout is common, so it is easily recognized scanning to post a comment. If the comment section is in a different format, then I am going to spend more time trying to decipher what everything means.