Run Martians or Trails, That Is The Question.

I have some pretty neat news to share, or rather an update on timing of a big trip.

I will be in China traveling for half of a month. I am very excited for the opportunity to travel to a land which I have never thought I would ever travel to. I mean, who goes to China? Me. I am going to both Shanghai and Hong Kong, with another stop within the PRC just outside of Shanghai which city's name alludes me at this moment.

I am both excited and nervous as I have never traveled over seas before. Not even to the UK. So far my international work has been limited to three years working in Ontario, Canada, and the past four years visiting Ciudad Juarez and Guadalajara, Mexico. (Note to you the reader, do not ever go to Ciudad Juarez. Never. You have been warned and that is all.) 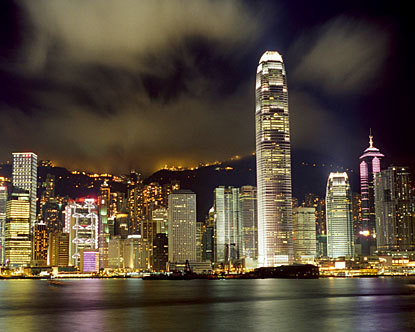 Another picture of Hong Kong at night

My travel has been pushed back to the end of March, returning just one week prior to the Martian half marathon on April 10th, 2010. I will be in the US for less than 8 days.

I have no idea what level my jet-laggedness will be at (and yes, I just made up that word so feel free to reuse it as needed.) I have been advised by no less than 5 people to NOT run outside while in Hong Kong, and while in Shanghai to remember that I have no right of way and many of the people I spoke with actually have either been hit by vehicles or have had some pretty close calls.

And you thought Detroit was tough... heh.


OK well no biggie. I mean, I can do treadmill runs IF I am lucky enough to find a treadmill, or I can run the stairs at my hotel or I can just not run for 2 weeks and then suck wind at Martian... being all tired and broken down... possibly. Or, I can sneak in some runs if and only if safe to do so if I keep my head on a swivel and never bring the iPod along with me. If I will be walking the city to see the sights, why not jog some of it, right?

Let's be honest here. I have pulled out more miraculous things with much less training. Like my entire 2004-2006 running seasons. I am not in the race to win it although I do want sub 2:30 which is still pretty slow by anyone's standards even my own. I think I can finish the race with little issue if I just listen to my body and take it one mile at a time.

I can do a long run when I return from China, that may help me work out some of the jet-lag. I am thinking at this point I will just have to do a last minute sign up for the race if it remains an option.


As it stands my two options are as follows:

Martian half marathon slightly under-trained and potential for certain jet-laggedness (boo-yah twice in one posting!),

What the terrain on Mars would be if we were to actually run there. Not so bad, pretty flat really. Much like Hines Drive. Odd.
or

The Trail half marathon, definitely under-trained for trails (hellllooo Poto!) but can get in some more trail runs and I will have two additional weeks of training and rest before the race. The Potawatomi Trail.. not so flat and very... well very trail like.
Maybe I should just do a long run at KMP one week, and the next do it at Potto or Maybury that way I am at least ready for either race. Hmmm.... Interesting conundrum.

And by interesting I mean *ACK*!

So we shall see.


I am posing a question to my bloggy blog readers and followers out there... if you travel internationally by way of over the big pond, please tell me your thoughts on jet-lag and advise on running a half marathon 1 week after a trip abroad.

Another fine rambling by Jenniferlyn at 8:03 PM

I would use that week as a taper week, easy runs at your location, or just hit the hotel gym. Also invest in some compression socks, wear them on the plane on way out and back. This will help alot with you legs. If you do not have some, dont worry about buying the expensive ones, goto your local drug store and get the cheap $15 ones, work just as good, just not fashionable.

I'm a new follower to your blog!
though i cant comment on the running after flying as i am new to running, i have flown UK to USA a fair few times. You must drink plenty of water, but most of all, don't nap when you arrive, have an early night yes, but wait till its proper bed time to sleep. that will get you acclimatised quicker on your way out, so doing the reverse is easier on you on the way home. Eat plenty of protein, drink lots and lots and walk the aisles of the plane.. These go hand in hand. drink lots need to pee, walk the aisles, esp on the way back and def use the recommended compression socks.
and of course have tons of fun.